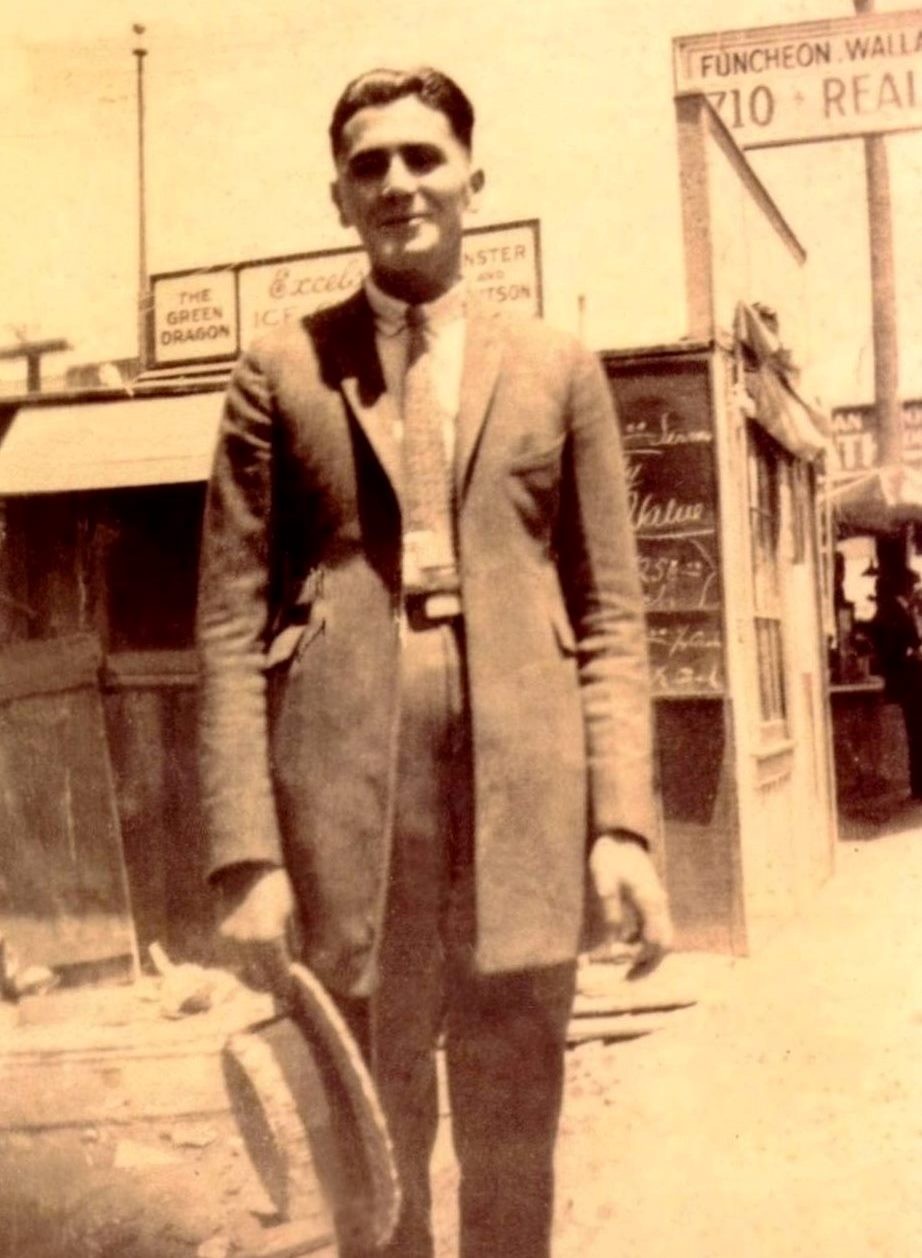 Louis Rostoker Weinberg, seen here posing in front of the Green Dragon Café on Balboa Island, was born in Austria (later Romania) on April 14, 1900. After emigrating to the U.S. in 1920, he moved to Santa Ana and operated a produce stand at the Grand Central Market, located at Second and Broadway. The large building contained stalls for independent grocers, produce vendors, butchers and other merchants and was the main market for Orange County up until the 1940s. This is where Louis likely met Frances, daughter of Joe Zirinsky, a fellow produce merchant. The two wed in 1923 and their son Martin was born in 1925. Louis and his brother-in-law Eddie later opened the very successful Club Garden Room, a restaurant and banquet hall which ran for many years. Many of Louis’ grandchildren and great-grandchildren continue to live in Orange County today.