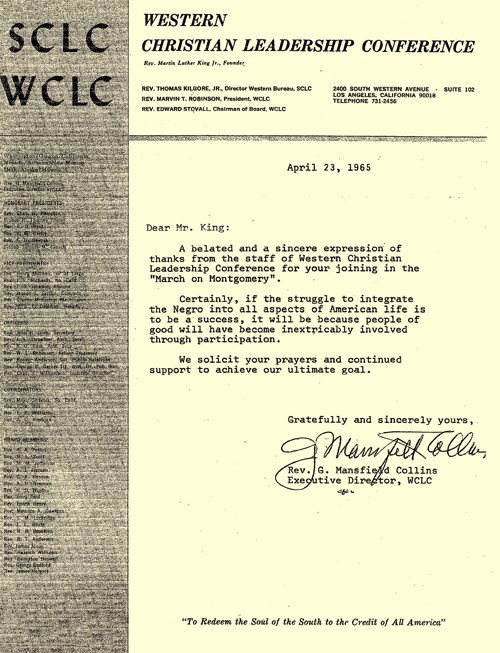 Rabbi Bernard P. King achieved much in his life: founding rabbi of Congregation Shir Ha-Ma'a lot in Irvine, winner of the 1993 National Conference of Christians and Jews Humanitarian Award, named one of the 100 most influential leaders of Orange County by the OC Register, to list just a few. But for Bernie, the moment that changed his life came in an Alabama airport in 1965, when he shook Dr. Martin Luther King Jr.'s hand and knew Dr. King "was definitely one of the great human beings to walk the earth." Born in 1938 in Arizona, Bernie was a submariner in the Navy and earned a philosophy degree before deciding to become a rabbi. While studying in March of 1965, he was prompted to join the last of Dr. King's Selma-to-Montgomery marches by news reports he heard on the radio. The next day he boarded a charter flight with a number of other clergy from LA and flew to Montgomery. They landed just in time to join the final leg of the third march, which ended at the state capitol building, where Bernie recalled seeing only Confederate, not American, flags flying. When Rabbi King passed at age 72 in 2010, he left behind a profound legacy of tolerance and faith.