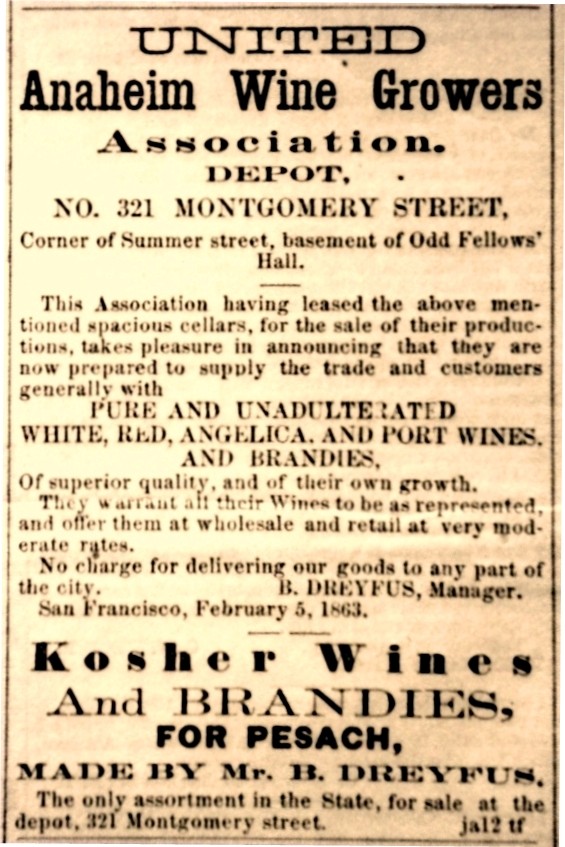 Known as “King of the Anaheim Winemakers,” Benjamin Dreyfus was the first Jewish resident of what would later become Orange County, as well as its first Jewish mayor (he served from 1881-1882). When this ad was placed in the San Francisco newspaper The Hebrew in February of 1863, Anaheim officially became the location of the first large scale production of kosher-for Passover wine in the country. The small town was founded in 1857 by two Jewish German immigrants, John Frohling and Charles Kohler, as a wine venture. 50 German Americans, of whom close to a third were Jewish, bought plots on which to grow grapes and produce wine. They were a huge success until the the late 1880s, when a fungus called Pierce’s Disease destroyed the entire industry. Only then did the large scale production of oranges and other citrus begin. But until that point, observant Jews throughout the country could get their kosher for Passover wine, brandy and vinegars from the vineyards and wineries of Anaheim.

Ad for Kosher for Passover wine in The Hebrew, February 15, 1863