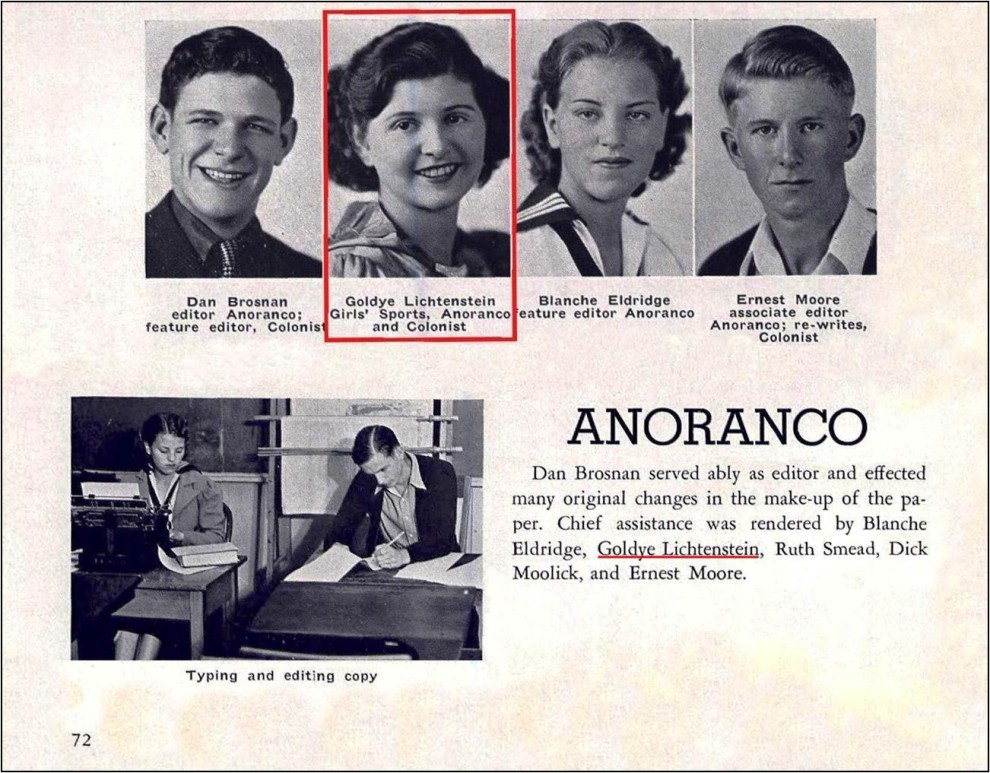 Goldye Lichtenstein Harris was born on August 5, 1919 in Anaheim, where her father, Maurice, owned a popular clothing store called The Style Shop, located at 103 W. Center Street. In 1932 Maurice opened up a second dress store called The Gloria Shop at 162 W. Center Street, and then a third store, The Ramona Shop, in Santa Ana in 1934. Goldye went to Fremont Junior High and Anaheim Union High School, where she worked on both the Anoranco, the award-winning school paper, and The Colonist, the high school’s yearbook. She went on to work in Houston as a reporter, where she met her husband Dan; they later moved back to Orange County.