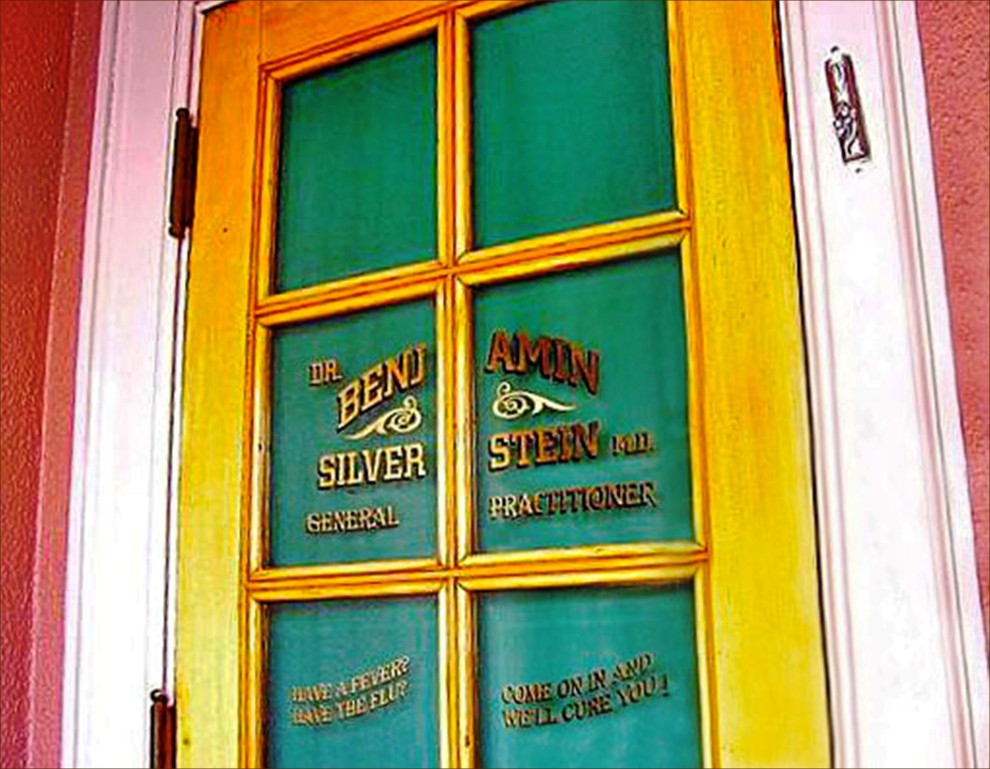 On the west side of Disneyland's Main Street, nestled in a nook between the Crystal Arcade and New Century Jewelry, is a door with a mezuzah, inscribed with the words “Dr. Benjamin Silverstein, M.D., General Practitioner.” In 1995, when then Disneyland President Paul Pressler expressed concern that there was nothing in recognition of Hanukkah, a menorah was placed in an upstairs window of a shop on Main Street. In keeping with the theme, Disneyland created the fictional Dr. Silverstein and his catchphrase: “Have a fever? Have the flu? Come on in and we'll cure you!” Every year since, a menorah shines in Disneyland during Hanukkah.